Among of the most unique and noteworthy entries in our collection of clerical attire are our surplices, some of which are elaborately decorated with beautiful lace accents.

But, unlike many of our other vestments and clergy robes, it is not simply priests and other ordained ministers that may appropriately don a white surplice. So what are they, where did they come from, and why does it all matter?

Let’s consider some of the facts and history surrounding the humble surplice as well as when the vestment can be worn.

What Is a Surplice?

Though the surplice may vary considerably in terms of stylistic elements, the garment itself can be recognized by a few defining features which are more or less steady in the design.

The surplice itself is a white linen (or sometimes, cotton) upper garment that covers the torso and reaches to the mid-thigh or even to the knees. It is common for these garments to have wide sleeves and square-yoked necks.

Some surplice designs have open sleeves, and the front of the garment may or may not be decorated with lace or other embellishments. Otherwise, it is a plain white garment.

The surplice exists in some form or other in Western Christianity in the Roman Catholic and Anglican Churches, as well as among Lutherans and some other Protestant sects. Occasionally, Anglicans may refer to the surplice as a “cotta” (cut-off) to distinguish it from the longer alb (see below).

Why Is It Called a Surplice?

The name surplice is believed to derive from a Medieval Latin word, “superpelliceum,” and may originally have been a garment that was worn over heavier fur cloaks or robes. The name “superpelliceum” itself means “over pelt,” or, colloquially, “over the furs.” Therefore, the original superpelliceum may have been a secular garment that was worn as an accessory to heavier winter garb. This is in common with many other clerical habiliments that likely have their origins in secular dress.

It is believed that the original surplices arose in either France or England and spread from thence elsewhere across continental Europe. It is possible that the first surplices were evolutions of a Celtic garment known as a Celtic Alb, which may have been common in the Gallican Rite in France.

Nonetheless, it is believed that the first surplices originated about 800 or 900 years ago in either England or France and the most likely theory is that they represent an evolution of the alb (see below).

What Does a Surplice Symbolize?

It is not necessarily the surplice itself that carries symbolic import, but rather the fact that the garment is universally white, regardless of who wears it or when or why it is chosen as a suitable clerical garment.

Like so many other forms of clerical attire, color carries great symbolic importance within the church. For instance, the color red symbolizes the passion of Christ, bloodshed, and the sacrifices of martyred saints. Green can symbolize hope. Purple can symbolize either penitence or position or authority. Other colors can do the same.

However, unlike other clerical attire, the surplice is always white. White can be symbolically interpreted in a number of different ways.

The most obvious of these, and the most straightforward, has to do with purity. White is a color that is seen as pure and unbesmirched. Consider how brides wear white; how the Pope wears white. It is simultaneously a reflection of innocence and purity.

White can also symbolize hope and peace. Another vein might consider white to be a reflection of the hope of salvation or the purity of Caritas, or “charity,” which is often interpreted as divine love.

Either way, white carries numerous symbolic connotations which are vested in the surplice as they are in the alb and in other white clergy attire. 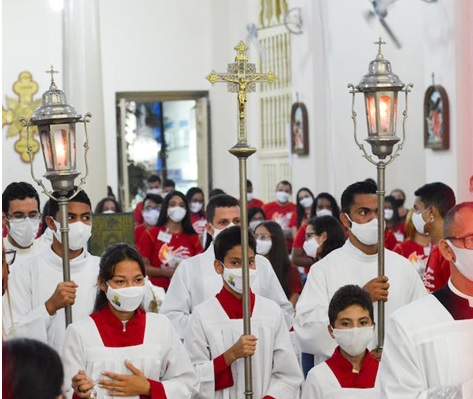 For ordained members of the clergy, the surplice is typically reserved for rites and services that are non-sacramental. Therefore, priests often wear a surplice over the cassock and cincture for morning and evening prayers. In this habit, the priest may be said to be wearing “choir dress.”

Speaking of the choir, the surplice is commonly worn by choristers. Traditionally, this garment may be most recognizable by those who are familiar with its use among choir singers. Those who are not ordained but are still representatives of a church choir may wear one.

Altar servers and acolytes also often wear a surplice over their other attire, even when serving the altar in preparation for Eucharist.

Lectors are another class of those who may appropriately wear a surplice over their other habiliments. Lectors, even those that are not formally ordained, may appropriately wear a surplice as a mark of purity and deference to the scripture. This is perhaps owing to tradition, and perhaps owing partly to the rarity with which literacy was once in Christendom.

What’s the Difference Between a Surplice and an Alb?

For those that are not familiar with the fine details of clerical habits, the surplice might seem starkly like an alb - another white garment and the one from which the surplice may very well have evolved in the first place.

Like the namesake of this article, the alb is a long white linen or cotton garment that may or may not be ornamented with white lace. It also typically features wide sleeves and a square-yoked neck. However, the alb is a full-length liturgical vestment and does not stop at the knees but extends to the ankles. The alb may originally have been worn as a secular overgarment to keep the wearer warm.

Another white garment not to confuse with the alb or surplice is the rochet, which is very similar to an alb except that the sleeves tend to be a bit tighter. 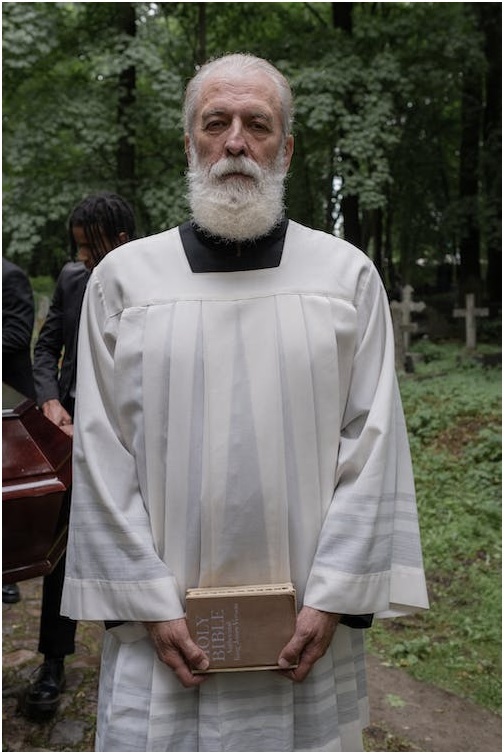 Looking for a High-Quality Clerical Surplice?

Looking for a classic, quality surplice with traditional lace? You’re in the right place. Check out our products via the previous link to learn more about our selection. You can also come to visit us in our showroom to learn more.