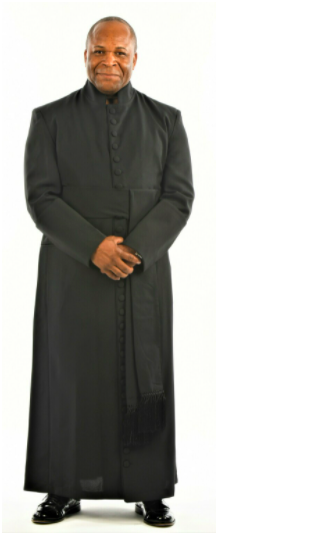 Are you here in search of clergy collars or clergy collar shirts? Worry not - we have the products and answers you need. These are some of the most common questions associated with both categories of products - but if you don’t see yours listed, feel free to reach out to us and we’d be happy to help.

What Is a Clerical Collar?
You probably recognize a clergy collar by sight, although you might not have known that they have several names, including dog collars and Roman collars.

It is a stiff, white piece of fabric (typically cotton or linen) or less commonly plastic that encircles the person’s neck. There are different styles of clergy collars; you may be familiar with them as a small white square visible at the throat of the wearer, although sometimes they present as a full ring about the neck.

The clerical collar is a symbol of the ordained person, representing a commitment to the church. In the Catholic Church, all ranks of the clergy are permitted to wear clerical collars. They are also worn by certain members of Protestant denominations as well, including the Anglican Church, Lutheran, Methodist, and Presbyterian denominations. 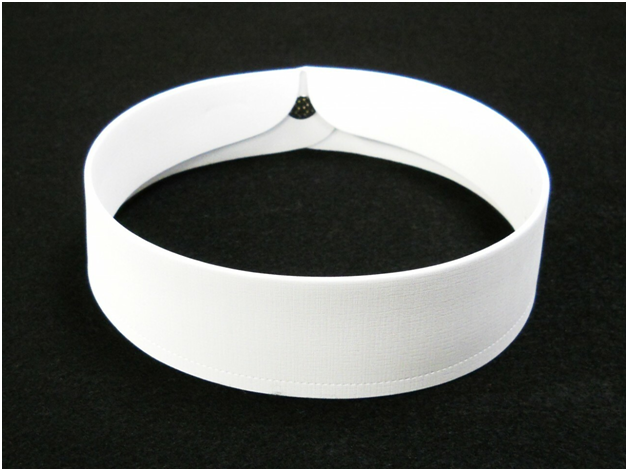 Where Did the Clerical Collar Originate?
Adorning the neck had been a practice among distinguished Europeans for a long time before the clerical collar became a distinct calling card of the Church.

The clergy collar may have originated from a more secular accessory known as a collarino, which may have been richly or ornately decorated, but which over time evolved to take on a more austere facade that was more appropriately suited to clerical use.

Why Do Priests Wear Clerical Collars?
The outward reason that priests wear clerical collars is to communicate their status as ordained members of the church and to express their dedication to the Lord. For everyday purposes, such a collar is simply a badge, a signifier of station.

To them, the clerical collar is a sort of soft shackle, one that represents their bond, their servitude to Church and congregation, and most importantly to the Most High.

That is why some ordained clergy choose to wear the clerical collar.

There are also removable clergy collars, which are sometimes called detachable collars. These can be placed around the neck or removed separately from clergy collar shirts.

There is also another type of tab collar known as a removable tab. Some clergy collar shirts come with small, plastic tabs that can be removed from the shirt for easy care and cleaning.

Here at Divinity Clergy Wear, we offer a wide range of high-quality clergy collar shirts for men and women, in a wide variety of colors, styles, and sizes - both banded and tab collared shirts and long sleeve and short sleeve shirts!

What Do the Different Clergy Collar Shirt Colors Mean? 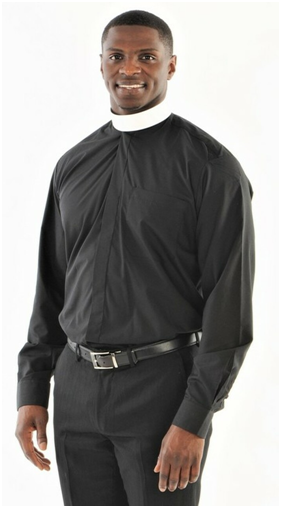 Just like robes, clergy shirts can potentially bear color symbolism. Now admittedly, it’s possible that you might just want a new tab collar clergy shirt in a bright new color, but all the same, here are some of the more common colors, what they mean, and why they are used.

●Black shirts: Commonly worn by Catholic and Methodist clergy members, black is a color commonly associated with the clergy because it is austere and a reminder of the secular duties of a priest to the congregation.

●White shirts: Typically only worn underneath the other robes and paired with clergy robes during weddings, baptisms, and certain holidays, white shirts represent the purity of Divine Charity as well as hope.

●Red shirts: Red clergy collar shirts are common among bishops, but red can also be used to symbolize the blood of a martyr, the fires of perdition, or of the Lord’s Passion.

For more information on color symbolism in clerical vestments and garments, please see our blog on “Color Symbolism in Choir Robes, Clergy Robes, and Other Vestments.”

Come Visit Us!
Do you still have questions about clergy collar shirts or clerical collars? Come visit us at our showroom in Hamilton, New Jersey, or get in touch with us directly at 877-453-3535 and we’d be more than happy to help you out.