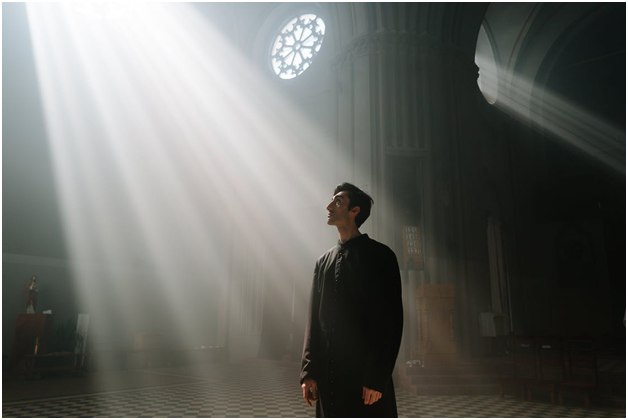 Over the past several hundred years - longer, really, reaching back to the earliest instances of organized worship, tradition has largely dictated what is and is not appropriate for ministers, deacons, bishops, priests and other ordained members of the clergy should wear.

In previous times, these orders were applicable to ordained members of the clergy both during worship and in the course of daily life. For example, it was once the habit of an ordained member of the Roman Catholic Church to wear a cassock all the time, and not simply during the officiation of services.

There may still be some priests that observe this tradition, but it has largely fallen by the wayside, and rules have relaxed to allow priests to dress informally in the course of their daily lives. They still, however, don the robes at the appropriate times.

It is also important to note that there are now many protestant factions scattered far and wide across the old and new worlds, and many of these set their own prescriptions for what it is appropriate for an ordained clergy member to wear, and when.

This brings up the question of clergy suits - what they are, when they are appropriate to wear, and more.

What Is a Clergy Suit?
A preaching suit, which may also be referred to as a clergy suit, is a formal, decorated garment that some choose to use while delivering orations or presiding over services, either by choice or when dictated by the denomination of the congregation in question.

These are made from high-quality materials and rarely austerely decorated, instead often featuring prominent buttons along the front, embroidery, or piping along the margins or cuffs. They also sometimes feature attractive pleats and epaulet-like features at the shoulder. 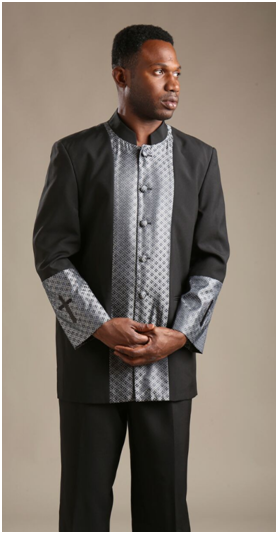 Preaching suits are often paired with clergy shirts, which themselves are often decorated with clerical collars, which represent the calling of the person in question to the service of the church.

These suits stand in contrast to more formal clergy robes and other vestments, such as stoles and surplices, as in most instances they are not formally governed. However, there are some instances in which a person delivering an oration or otherwise assisting in the delivery of services should be required to wear a preaching suit.

Who Should Wear a Clergy Suit?
In limited circumstances, some governing rules might consider a preaching suit to be the appropriate attire for the person presiding over service. For instance, the Reformed Church in America suggests that priests wear preaching suits when officiating services.

If your denomination considers a preaching suit to be the proper attire for you to wear while delivering a service, then you should either wear a preaching suit or whatever other clerical vestments are deemed appropriate.

Some consider the clergy suit to be a superior clerical garment to the more formal, more elaborate, and ornate sets of robes that some preachers wear. The suit, while still respectable and formal, is less of a distraction than more florid robes, and commands attention and reverence.

The Value of a Polished Minister - Robed, Suited, or Not
Another consideration to make is the psychological one. Tradition and denominational rules are not the only things a clergy member should weigh before selecting apparel to wear in the pulpit. He or she should also consider the import of composed appearance.

In recent times, some clergy members have intentionally dressed down before leading a congregation through service, either as an attempt to destigmatize tradition and clerical office, welcoming new members into the church, or to attract new members that might otherwise be turned away by what some might see as stuffy adherence to tradition.

If your church offers you the liberty to do so, you might see it as proper. That being said, you should still consider the possibility that the composure of a priest, as well as the effect he or she will have on a congregation, are often as important as the words spoken and the message delivered.

There is room for the divergence of opinion in this, but it is still something to consider nonetheless. That being the case, preaching suits are often a wonderful way to create and cultivate a refined, stern appearance that lacks the artistic embellishments of clergy robes.

How Many Clergy Suits Should I Own?
Finally, there is the question of how many preaching suits one should own, and what colors should be selected.

There are two colors that are nearly universally appropriate, being black and white. Preachers wear these throughout ordinary time, because of the importance of their symbolic significance. Black represents austerity and a commitment to the secular duties of a priest, whereas white represents the Hope of salvation and the purity of Divine Love - Caritas.

Be that as it may, some priests may choose to wear clergy suits during the other times of the liturgical calendar, colored to reflect the significance of that time of the year. That is to say, purple during times of penitence and red to commemorate the feast of a martyred saint, for example.

We recommend that preachers that wear clergy suits have at least three to keep on rotation, though the color is subject to the preference of the individual and his or her adherence to tradition. 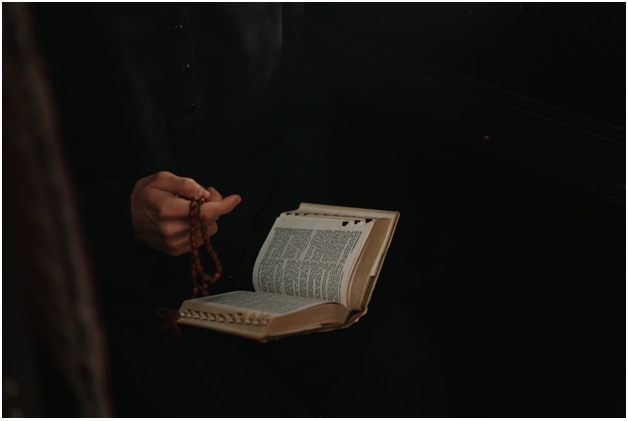 Contact Us for More Help!
If you have any further questions about when and where to choose a clergy suit, or what you should look for in one, get in touch with us at 877-453-3535 and we would be more than happy to help.

You should also come and visit us at our showroom, conveniently located in Hamilton, New Jersey if you ever want to see what you’re buying before you commit to it. We carry both women’s and men’s suits, and clothing, even clerical attire, is best experienced firsthand before making a purchase, and we’d be glad to serve you a superior experience in our store before you make such an important decision!