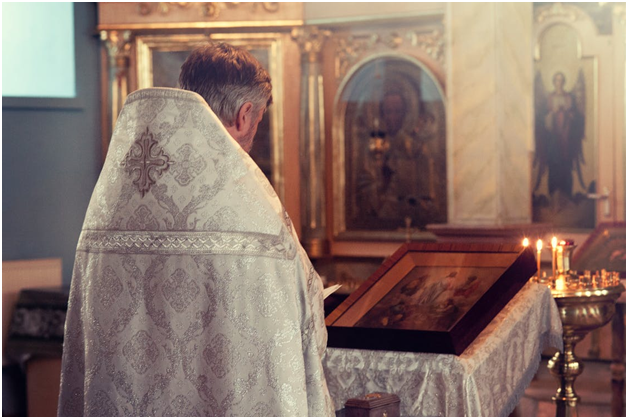 It’s easy to get lost among out clerical garments and vestments, even if you have a background in churchgoing. Truth is, there are plenty of churchgoers that aren’t personally familiar with the many different vestments and accessories that ordained members of the church wear from day to day.

Let this serve as a basic guide to clerical garments. We’ll break down some of the major types of clerical clothing worn commonly and answer some common, high-level questions, and if you have any additional questions at the end of it, you can get in touch with us at 877-453-3535.

●Cassock (often paired with a cincture): A cassock is not technically a vestment since it can be worn by members of the church as an everyday garment, even when they are not engaged in a ceremony.

The cassock is an ankle-length garment with long sleeves, typically fastened at the front with buttons. Today it is rarely worn except during services and in conjunction with other vestments, but it was once considered the everyday habit of a priest. Cassocks are typically black, but may be white, red, or purple, and may be girt about the middle with a special type of belt known as a cincture. Some consider the cincture a symbol of purity.

●Surplices and albs: The surplice is a white garment, typically made of cotton or linen, that reaches to the knees and typically has wide sleeves. The surplice, so named because it sits over other garments like the cassock, derives from the Latin “superpelliceum” or “over the pelts.”

The surplice is often worn over the cassock (by priests) although it can be worn by acolytes, altar servers, or choristers.

A similar garment is known as the alb, which, like the surplice, is a white linen or cotton garment (it derives from Latin “albus,” or “white”) that is worn over the cassock and other vestments. Unlike the surplice, however, it is a long garment and reaches to the wearer's ankles. The alb, like the cincture paired with the cassock, is often seen as a symbol of purity.

●Stoles and tippets: The stole is a vestment, a cloth typically made of silk, that is typically worn draped over the shoulders. It is common for a priest to wear a stole with other robes while officiating the Eucharist; however, it is not uncommon for priests, bishops or deacons to wear a stole, and they are common not only in the Roman Catholic tradition but also in Anglican, Lutheran, and other Protestant denominations.

●Clerical crosses (cross & cord or pectoral cross): A pectoral cross is one of the main features of a Bishop’s attire, but there are many other offices that might prefer to wear one. It symbolizes the commitment made to the church by the wearer.

●Chimere: A chimere is a long, sleeveless garment often worn over the top of a cassock and surplice. Together, these are known as choir dress.

●Rabats: A rabat is a vestment that looks like a black vest and often allows a clerical collar to show through at the throat. These sleeveless garments, which are typically made of wool, are worn predominantly by members of the Roman Catholic and Anglican clergy.

●Clergy collars and clergy shirts: Instead of vestments, a priest might choose instead to wear a preaching suit or jacket, which he would then pair with a clergy shirt sporting a clerical collar. Clergy shirts are like dress shirts and typically button down the front, except they may be richly decorated and often show a clerical collar at the top.

What Do Clerical Garments’ Colors Symbolize?
Clerical garments are often brightly colored, but the purpose is not often simply ornamentation. There is a wide range of colors that clerical clothing and liturgical vestments often sport, symbolizing different things.

What Does the Clerical Collar Symbolize?
Many priests wear a clerical collar that is their universal calling card. Most clergy collars are either tab collared or band collared, and present as either a small white tab or a white ring encircling the neck. 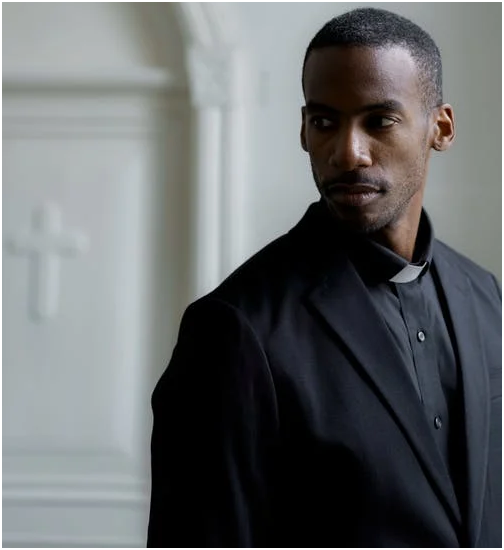 Outwardly, these are markers that identify an ordained member of the clergy. Inwardly, however, they may hold additional significance for the wearer. Some priests wear these to symbolize the bonds between them and the church, and as a reminder of their priestly duties.

Come Visit Us to See Our Clerical Garments in Person!
Clerical garments, like all clothing, are something you might want to actually pick up, feel, or try on before buying. If you’d like to get up close and personal with some of our unique clerical vestments, please come pay us a visit in Hamilton, New Jersey.

There, you’ll be able to see firsthand what clerical wearl can offer and to ask our knowledgeable staff any questions you have. Take a look through our catalog of clerical attire and then give us a call at 877-453-3535 to schedule a time to come visit!