In one of our recent blogs, we featured some of the most beautiful cathedrals, monasteries and churches from around the world. These places of worship have inspired pilgrimages, artwork and music, and have witnessed centuries of political and religious changes and movements. Today, we’re taking a tour of our own backyard, by bringing you some of the most stunning churches in the U.S. As providers of clergy wear, including shirts and clergy robes for men and women, we share an interest in these beautiful structures and encourage our readers and clients to chime in with their own submissions! 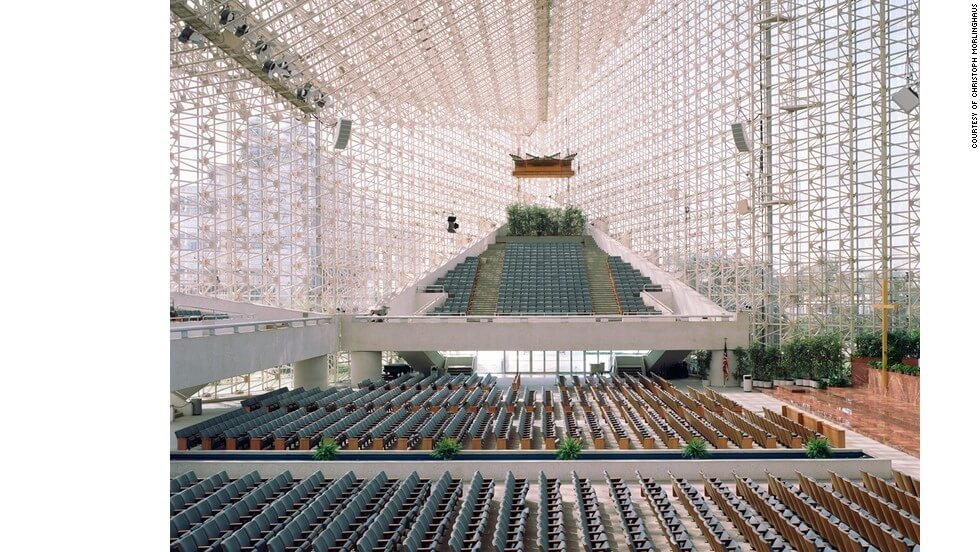 Designed by American architect Philip Johnson, this cathedral seats an amazing 2,736 people and is home to the Hazel Wright Memorial organ – one of the biggest musical instruments in the world. In fact, everything about this church is to impressive scale; constructed with over 10,000 rectangular panes of glass, it is actually the largest glass structure in the world. Despite its seeming fragility, it was built to withstand earthquakes of up to 8.0 magnitude! The church was originally home to the Reformed Church in America, but was bought by the Roman Catholic Diocese of Orange County in 2012. 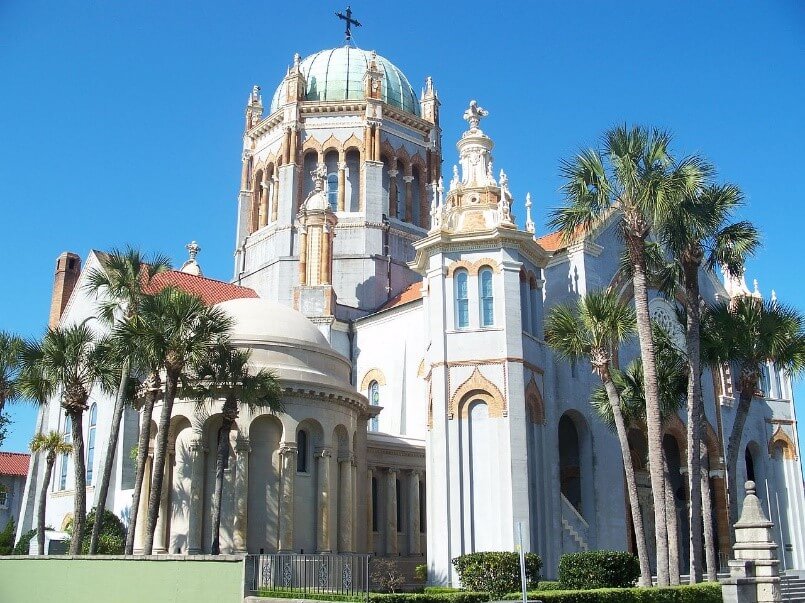 This incredible church may appear to belong in Italy or an Eastern European locale, but is actually located in the town of St. Augustine, FL. Built by a business tycoon around 125 years ago, the “Memorial” in the name stems from the builder’s daughter Jennie Louise, who died in childbirth. The church is unmistakably inspired by St. Mark’s Basilica in Venice. 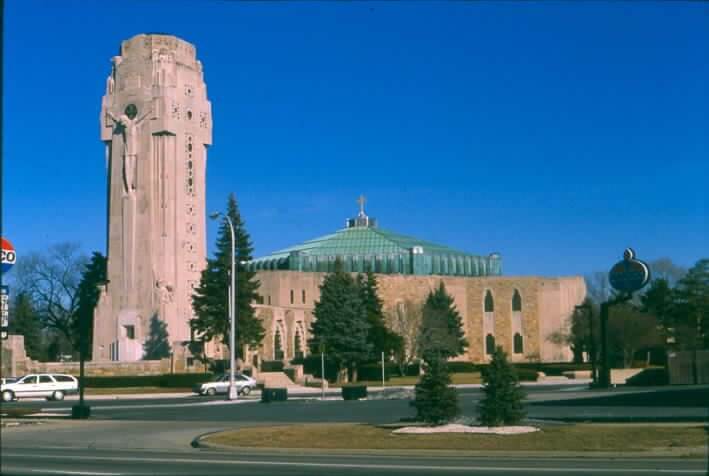 Designed in the Art Deco style but also with a certain Renaissance appeal, this Catholic church has been the home of several controversial religious leaders, including Father Charles Coughlin, who ran into conflict with the Vatican after founding an organization that supported some policies of Adolf Hitler during WW2. This inspiring monument has since recovered its reputation and serves as a site for pilgrims, who flock to visit after it was named one of only five National Shrines in the U.S. by the United States Bishops’ Conference. 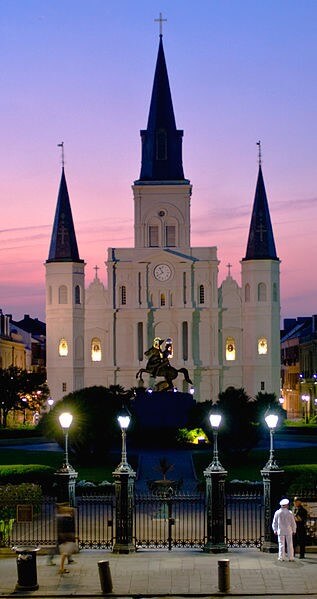 This regal structure is one of the oldest cathedrals in the U.S., and the home of the Roman Catholic Archdiocese of New Orleans. The first iteration of the church was constructed in 1718, though almost entirely rebuilt in 1850. It has received two different popes, and its cemetery receives pilgrims from around the world; famous figures interred within its grounds include Marie Laveau, famous Voodoo priestess, Etienne de Bore, Homer Plessy and others.