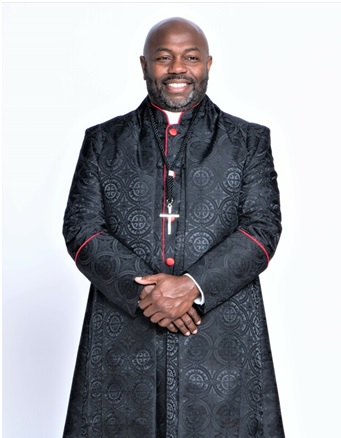 For those of you who’ve gotten here looking for more information, specifically, on cassock robes, you’re probably familiar with the popular image but less so with the information regarding the origin and utilization of these interesting types of clergy vestments.

That right there actually brings up one of the most interesting points of all. Depending on whom you ask, cassocks might not even be considered vestments at all, specifically because of how and when they are used - but we’re getting ahead of ourselves.

For anyone who’s not directly familiar with cassock robes, they are a unique piece of clerical clothing with long sleeves. They are fairly form fitting and typically reach nearly to the ground, or to the ankles. Cassocks usually fasten with a series of buttons, so when you are shopping for them you’ll find them advertised as having a certain number of buttons, such as our 27-Button Roman Cassock. Cassock robes are often paired with a special belt known as a cincture.

Like so many different vestments and clerical garments, cassocks probably had their origins outside of the clerical sphere of influence. It is more than likely that the modern cassock, or the cassock as we have come to know it, descended from a heavy, fur-lined garment that was worn by laymen to keep warm in the winter months. Due to the austere appearance of the garment, as well as its functionality in cooler climes, the process of adoption by the clergy needed no additional help.

However, origination among the laypeoples is a common occurrence that you will experience again and again when you put in some time learning about the different clerical garments and vestments on our website. Cassocks are also not appreciably different from other vestments in terms of appearance. If it is not in appearance or in origin that the cassock is so different from other vestments, then where does the difference lie, and what is the reason for it?

Interestingly, although today cassocks may be encountered by priests performing their duties, that was not always historically the case. Where and when a member of the priesthood is permitted to wear a cassock may be prescribed by the church; additionally, it is common for choristers to wear them. However, historically, cassocks were actually worn by priests and other ordained members of the clergy more as a piece of everyday dress than as a true vestment.

As a piece of clergy attire, it was more common for priests to wear the cassock as their “everyday attire.” They would wear the cassock in and around the grounds of the church or their living quarters, provided they were not actively engaged in a ceremony, as well as at any time when they traveled abroad. That is one of the reasons that cassock robes - particularly black cassocks, became so widely associated with men of the cloth. The cassock was the quintessential ‘cloth’ in which ordained men could always be found. The robes might vary according to the season or the service, but the cassock was a near-universal standard, at all times.

Additionally, the cassock gained a lot of visibility from the practice of wearing it throughout the year over the top of other garments throughout the year. It was worn underneath a heavier outer coat or tabard in only the coldest weather - meaning that for most people, seeing a priest out and about meant seeing him arrayed in a cassock.

Today, however, cassocks are occasionally worn by priests assisting with the duties of a service, often paired with and worn under a surplice, which is a white clerical garment that reaches about to the knees and is sometimes decorated with lace. Occasionally, even the officiating member of the clergy will wear a cassock under his other robes. Cassocks are also occasionally worn by members of a church choir, although the surplice just described is an equally common garment for choristers, instead of a cassock.

That’s the main difference between cassocks and other clerical vestments, although today those lines have been blurred significantly. In the modern world, the cassock has become something of a catch-all as a clergy vestment, being put to use in far more situations than it ever was, at least historically.

Whatever the case, if you’re looking for actual products and not just shopping for information, you’ll find quite the range of cassocks and cinctures here at Divinity Clergy Wear, in a number of colors, styles and sizes. These come in addition to our clergy robes, clergy shirts, clerical accessories and even preaching dresses for ladies - if you can’t find it here, just call and ask, and if you still can’t find it, perhaps you should be looking for something else!

Get in touch with us at 877-453-3535 anytime you want to learn more about the unique products we sell here at Divinity Clergy Wear. In the meantime, check out our blog to learn more about these interesting garments and vestments, and take a look through the collections at the links above to find those that appeal to you!