At Divinity Clergy Wear, we’re your source for all different sorts of information on clerical garments and other liturgical vestments. From a cassock and cincture to a robe and stole, we’re the ones you turn to when you want to learn a little more about things that you may have seen many times before, even if you never knew what they were called or why they looked the way they did.

Recently, we published interesting posts on the matter and nature of color symbolism in clerical garments. As you can gather from that post, sometimes the nature of color in clerical garments is a matter of style, but oftentimes, maybe even more often than not, there is some meaning behind the nature of the color symbolism therein. That’s the kind of thing you can come by when you read our blog.

In this article, we’re going to drill down a little bit further into a garment known as a surplice. It’s something you’ve almost certainly come across if you’ve ever been to formal service, even though you may not have known what it was called. In fact, it’s one of the most immediately recognizable of all clerical garments. We’re just going to shed a little bit more light on the nature of it and what they are.

The Surplice: What Is It?

Have you ever seen altar servers proceeding by in a thin, white overgarment that covered the rest of their clothing? Have you ever witnessed a priest in a cassock and surplice wearing an additional white garment over the top, one that was trimmed or accented with lace? Perhaps you have seen the performance of a church chorus, all dressed in white. The uniform isn’t just a matter of taste. There’s a good reason that all of those choristers were arrayed in surplices.

To keep things as simple as possible, a surplice is a simple, white clerical garment that is commonly encountered in the Western Christian Church. That is to say, it is generally absent from the orthodox branches of the church. It often has plain shoulders, often with a squared off neck and capacious sleeves. The garment in question also is mid length, usually stopping somewhere around the hip. Sometimes it is a little bit longer, reaching to the knees, but not more than that.. In addition, they are sometimes trimmed or otherwise decorated with frills, lace or other interesting ornamentation.

This simple white garment is the one that most people are talking about when they use the word surplice, but there is an interesting distinction to draw between it and another clerical garment that looks very similar to it and is in many ways identical. In fact, there are some theories that suggest that the surplice and this other garment to be introduced next are actually relatives of each other, or that the one derived from the other.

If you have a bit of a liturgical education yourself, you might have been thinking that you had seen that garment before but had heard it called by another name. There is another garment that looks very similar to the one detailed above, although they are not the same. This garment is called the alb.

The alb, which takes its name from the Latin Alba, which means white, is an (appropriately) white garment that looks, for all intents and purposes, effectively the same as a surplice as described above. In fact, they are sometimes designed and decorated the same exact way. Some albs have squared shoulders and necks, along with wide sleeves and ornate, elaborate lace decoration, whereas others are more plain. In many ways they are a facsimile of the surplice. The difference lies in the length.

As detailed above the surplice will reach to the hip of the wearer, or more frequently, to the knee, but not longer. The alb, by contrast, reaches to the ankle. It is a much longer garment, really a robe, than the one mentioned above. Now, there are some theories that the surplice evolved from the alb and is a modified form of it. Whatever the case, the surplice and the alb are similar, but not the same. In summary, the surplice is a shorter version of the alb, which is full length. That’s effectively all there is to it.

A Brief History of the Surplice

So, back to the surplice - where did it come from? The theory that claims that the surplice is a modified alb states that it originated in the middle ages somewhere in northern Europe (probably France or England) around a thousand years ago to serve as a dignified and uniform replacement for the alb. This would enable priests and others who wore the alb to give up that lighter garment for the surplice, which could be worn over heavier garments to protect against the cold of the area.

Here it is important to note that the surplice, often in white linen or cotton, is occasionally worn over the cassock and cincture, which are the “day to day” clothes of the priest, that were traditionally worn all the time, even outside of church. The cassock is a heavier garment, and there is a theory that it, itself, evolved in order to protect the wearer from the cold.

To this end, it is important to note that the word surplice itself comes from the Medieval Latin “superpelliceum” which means “over pelt,” or more accurately, “over fur clothing.” Take that to mean that the “superpelliceum” evolved to fill the role described in the paragraph above, which does nothing but lend credence to the claim. 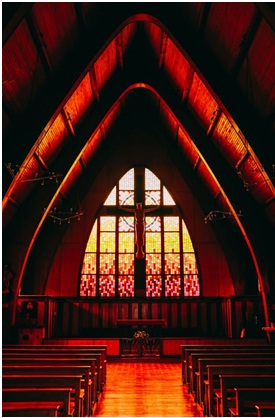 After the surplice diverged from the alb (according to the previous theory presented) it spread throughout the western church where it was further refined and adapted. Today, there are a few different versions of garments that still go by the same name, including a version that is sleeveless. Still, they are all more or less iterations of the same, recognizable garment. That brings us to the question of who wears them and when.

Now that you have some insight into the origins of the liturgical garment in question, you might be wondering who wears them and if there is any reason for the designation. Well, for the most part, you’re going to see one of the following three groups of people wearing them, although you may see them elsewhere.

-Altar Servers - Altar servers are members of the lay congregation who assist the priest during a server. They carry and minister to the objects associated with a service like the thurible, the incense boat, and the candle holders. If you have ever been present at a service and witnessed the procession during a Mass, then you have probably seen altar servers at work. Pay close attention next time and you will more than likely see that the servers present are wearing surplices.

-Acolytes - In everyday English, an acolyte is simply a subservient or a follower of a practice or a belief. In the church, acolytes, like altar servers, are assistants during a mass or other service. Sometimes they assist the altar servers by performing services such as lighting candles. An acolyte can be loosely considered to be anyone that renders a support service to a priest or other ordained members of the clergy presiding over a service. More often than not, you will see that these people are arrayed in surplices. Pay close attention next time and you will take note.

-Choristers - The members of a church choir hardly need any introduction. They are the people who sing during services such as Mass. The congregation is usually welcome to join in the song, but often the chorus leads it. You will also note that the members of the chorus are usually dressed in white, although you may not have noticed that the garment they all were wearing was, in fact, a surplice - although, less commonly, it might have been an alb. The reason for the surplice is in part because it gives a sense of uniformity to the choristers, but the surplice also symbolizes the purity of the process of baptism, as it replicates the white dress of babies during that ceremony.

-Priests (sometimes) - While you will more often than not come across the above parties arrayed in a surplice, theoretically any member of the church can appropriately wear a surplice over other liturgical garments. This is simply because of the broad significance that the surplice carries. We touched on this above, but in general terms, the surplice is meant to symbolize the purity of the ritual of baptism. Babies wear white coverings themselves during the ceremony, and it’s fitting that it’s white - see our blog above on color symbolism for more information. Nonetheless, this makes it generally appropriate for any member of the church to wear a surplice. For priests, it is typical to pair the surplice with a cassock and cincture, although it can be theoretically paired to other robes as well, so long as it is worn over them - most commonly, it is a vestment worn over a cassock.

If you came here looking for more than just a quick dose of history and clerical background information, you’re in luck, because we offer a high quality Surplice with Lace in addition to the rest of our catalog.

Our Surplice with Lace is a beautiful take on this classic garment and is appropriate for both ladies and gentlemen. Completed in high quality white viva fabric with integrated white lace for an unapproachable, classic style. It has an attractively pleated body, straight sleeves, and in keeping with predominant styling, a squared yoke neck.

With classic, unforgettable character and beautiful tailoring, this surplice sets itself apart, even among plain white garments. If you liked this one, take a look at our Surplice with Liturgical Cross Lace while you’re ahead. Whether you’re looking to re-outfit an entire church chorus, want your altar servers to put forth their best selves in the presence of the Lord, or simply want to enhance your own personal aesthetic, our surplices are a cut above the rest.

Don’t Miss Our Other Categories

-Preaching dresses for the ladies

-Cassocks, including cassock and cincture sets

-And many, many more

Reach out to Us if You Have Questions

Are you still not sure what, exactly, a surplice is, or why it matters? Do you want to learn more about the distinction between a surplice and an alb? Are you looking to make sure that you are matching a surplice appropriately to an occasion, a procession, or a ceremony? Perhaps you are only looking for more information on the other vestments we sell here.

Whatever it is, we can help you get to the bottom of it. They are all relevant questions and not easy to answer if you don’t have a little help in the matter. Give our team a call today and we’ll make sure that you know what you’re looking and, and that, most importantly, you will be happy with the purchase. You can also stop by our store in Hamilton, New Jersey, or just give us a shout at 877-453-3535.